Creative England is looking for the UK’s best creative entrepreneur
to compete in the global Creative Business Cup competition. First prize
is a fully financed acceleration programme worth $50,000.
If you would like to be considered, please send an email to
Johanna.bolhoven@creativeengland.co.uk detailing why you deserve
to be recognised with the Creative Business Cup Award,
(in no more than 200 words). The deadline for expressions of interest
is Monday 24 June 2013.

Beyond the Frame: Career Workshop

Are you inspired by visual artists? Perhaps you are currently studying art at
school, college or university, but you’re not sure where to take your talent or
interest next? Maybe you’re fascinated by art galleries and would like to find out
how a gallery is run and if this kind of work might suit your career aspirations?
Southampton City Art Gallery is delighted to invite young people interested in
visual arts to an exciting workshop to take a look at ‘behind-the-scenes’ of the art
world. This fantastic day-long event will be sponsored by leading arts charity,
NADFAS (National Association of Decorative and Fine Arts Societies) and in
partnership with the EDGE Project,
This event is a unique opportunity to attend inspiring talks, go behind the scenes,
meet the gallery team and to find out more about career opportunities in the visual
arts.
Although this is a free event (to include lunch and a goodie bag), please book a
place in advance (£10 deposit required). For more information and to book call 023
8083 4536
Youth Arts Development Manager
www.theedgeproject.co.uk
Hampshire Museums and Galleries Trust
07540930065
felicity.crabb@hants.gov.uk

Vacancy for Head of School, School of Fine Art, University for the Creative Arts

You will lead on the strategic development of the School which will include responsibility for creating a vision for the newly formed School including portfolio development, teaching, research and enterprise. You will be working closely with Course Leaders to ensure  delivery of the student experience across the portfolio and will be responsible for making effective use of the deployment of resources to achieve this.

The development of the School’s research profile and enterprise strategy, of its profile nationally and internationally and encouraging innovation in pedagogic practices within the School will be key responsibilities.

A track record of research or professional experience in Fine Art and a proven ability to lead and manage within a professional or educational environment are required.

To apply or for further details visit www.ucreative.ac.uk/jobs

www.ucreative.ac.uk/jobs  Alternatively contact the Human Resources Department on hr@ucreative.ac.uk  or  01252 892681 (24 hours) quoting the reference. Please note any CVs submitted without a completed application form will not be considered.

For an informal discussion about the role please contact Dr Roni Brown, Executive Dean, Faculty of Art, Media and Communication Design on 01252 892790

Arts in the New Forest get Major Boost

As the sun finally gets set to shine, and with even a timely visit by Her Majesty The Queen to the area for The New Forest Show thrown in, Hampshire’s abundant wealth of musical and artistic talent is to be placed fully in the spotlight with the eagerly awaited launch of parkCulture Magazine. 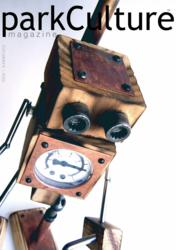 By providing free tickets to a whole host of events including theatre, live music, museum and exhibition tickets, parkCulture Magazine will support the arts in the simplest and most effective way – ticket sales

Magazine launches rarely make the news, but parkCulture – the first publication from Hampshire based independent publisher Cultura Press – looks set to change that, as by producing a magazine of interest for both local and visiting readers alike, Cultura Press have also pledged their profits from the venture to support their vision of ‘making the arts accessible to all’ – not to mention giving their own local economy a welcome boost to boot.

parkCulture Magazine showcases the diverse range of creative arts being produced in the New Forest, with contributions from the areas filmmakers, poets, artists, musicians, photographers, theatrical producers and writers. Published quarterly, the 100 page A4 printed glossy magazine’s initial purpose was simply to engage, inspire and encourage the participation of their readers in the arts locally, and to promote the New Forest’s live music and arts scene effectively.

But during the eight months incubating their idea, Rachael Muller and Terry ‘Blackjaz’ Muller, the team behind parkCulture Magazine, soon discovered that there was so much more that could be done and developed their own strategy for how they could achieve their vision of supporting a financially sustainable, thriving and importantly ‘accessible to all’ creative art industry in the area.

Editor of parkCulture Magazine, Rachael Muller explains, “We were very aware after talking to businesses in the area, music venues, gallery owners and the public in general, that local arts and music events are suffering massively due to the current economic climate.” In fact in the past six months alone, the New Forest has lost music venues, a radio station, and even the excellent work of Arts Council funded ArtSway has been severely restricted due to reduced funding. None of this, it appears, is down to a shortage of creativity in the New Forest. In fact the region is continually producing art, theatre and music of a quality that often deserves national, even international recognition. Yet what is happening in The New Forest, as is echoed across the country, is that there are far too many empty theatre seats. Live music, festivals and concerts are still going ahead, but with ever shrinking audiences.

“All over the New Forest we have come across countless excellent local art events and workshops. Often though, these can be so under promoted that people just don’t know they are happening.    But with parkCulture Magazine, along with it’s own 24seven-EVENTS guide we aim to change that!”

By providing free tickets to a whole host of events including theatre, live music, museums and exhibitions, parkCulture Magazine will support the arts in the simplest and most effective way – ticket sales. Cultura Press also understand that to take the family out to an event, however much you may want to, for many families even a three pound museum ticket is often a stretch too far on the weekly budget. “To make art truly accessible for all, not only must there be provision for nurturing creativity, but also for engaging audiences, truly effective promotion for what is on locally , and most importantly removal of financial barriers to engage people in the arts, at every level.”

And as you would expect from a publishing company that aims to remove these barriers, even their glossy new magazine ‘parkCulture’ is free! For more information on how you can get involved in the arts, details of how to get your free tickets to events and to stay informed of what is happening in the New Forest right now, visit us at parkCulture Magazine.

It’s all happening in the New Forest – so get Involved!

Here at Creative Skillset, we are now conducting our eighth Employment Census.

Creative Skillset, supported by Wessex Media are asking tens of thousands of
companies to take part in an industry-wide census: Do you want to be one of them?
Help us make sure that the our industry has the information it needs to thrive in
the global market.
By completing the census you will be directly influencing how Creative Skillset uses
and levers funds to ensure we have a highly skilled, world class workforce.
It is more important than ever that you take part – in this challenging economic
climate our industry needs to be armed with as much information as possible to
ensure that work responds to the changing needs of the sector.

As many employers as possible are being urged to fill in a questionnaire on census
day – Wednesday, July 4th – or as close as possible to that date.
You can complete the census online at www.creativeskillset.org/census. Remember if
you don’t take part you can’t be counted.